Fugashua remedial to 100level admission List for 2014/2015 session is now out officially on the university website. Candidates that were successful in the 2013/2014 remedial porgramme of the university are hereby informed to check their admission status as registration is expected to begin immediately. 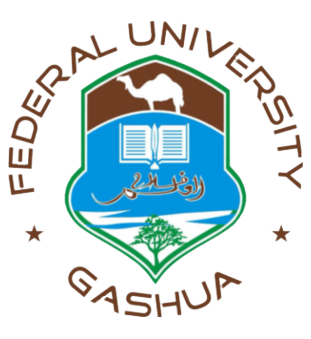 Following the successful conclusion of the Remedial Year Programme and the release of the examination results, JAMB has endorsed the under listed Remedial Students for admission into 100 level of various departments in the Federal University Gashua.

The above file is viewable in any pdf enabled device

Each student is expected to pay the JAMB Regularisation Fee of N4,600 into Federal University Gashua First Bank A/C No. 2024610850. After payment, they should present the teller to Busary to be entitled to collect their admission letters in the University from 12th to 16th Jananuary 2015.
Registration into 100 level for the ex-remedial students begins on the 26th January and ends on the 6th February 2015.
The registration is subject to presentation of relevant 5 ‘O’ Level credits including both English and Mathematics or at least one of the two.