A 400 level student at the Uthman Danfodio University, Sokoto (UDUS), Chijoke Osinachi, has won a brand new Hyundai i10 car. Osinachi won the car in a raffle draw held at the recently concluded Etisalat CliqFest campus tour, a nationwide event.

The draw was supervised by UDUS’s Dean of Students’ Affairs, Prof A.A. Aleiro, a renowned motivational speaker, Niyi Adesanya and the winner of the 2015 edition of the Nigerian Idol reality TV show, K-Peace.

An elated Osinachi thanked Etisalat for the gesture after receiving the car keys.

“It is hard to describe this feeling that just in a moment things have actually turned around for me,” he said.

“I could not have imagined this when I woke up this morning.”

“I am very grateful to Etisalat for this big lift.”

NGScholars gathered that eight other students went home with prizes including laptops, handsets and flash drives. 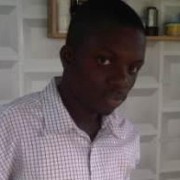