The Joint Admissions and Matriculation Board (JAMB) has withheld over 80,000 results of candidates  who sat for the 2017 UTME over examination malpractice. Withheld JAMB results have been seized and will not be released, candidates should be aware.

The 2017 Unified Tertiary Matriculation Examination (UTME) results have since been released while many candidates complained they could not access their results. Such candidates may now prepare their mind for the possibility that their results have been withheld by JAMB. 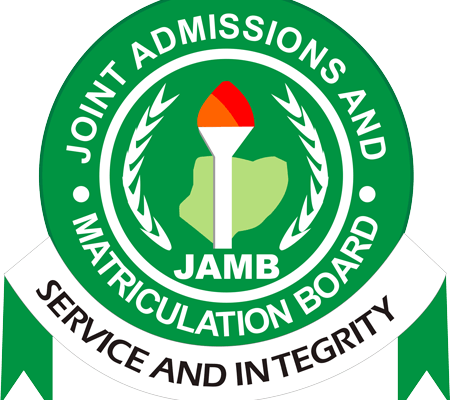 JAMB Registrar, Professor Is-haq Oloyede, who made this known on Wednesday in Abuja, decried the intensity of the examination malpractices perpetuated by some Computer Based Test (CBT) owners in connivance with parents of some candidates who wanted their children to score point at all cost.

He said the Board was bewildered that some candidates used mobile phones, slippers, handkerchiefs, caps to commit fraud, saying fake answers that were provided for them by fraudsters were neatly written on those items.

Oloyede, also disclosed that the Board would hold supplementary examination for about 3,811 candidates who registered late when the examination was already going on.

He noted that he had announced that registration would continue in line with the directive of members of the Federal House of Representatives, who requested for extension of the registration by one month.

The Registrar added that even though the examination was to go, he allowed the registration for the late candidates in which a total of 3,811 candidates were harvested.

He said those candidates who registered while the examination was on as promised, would be scheduled for examination after due consultations with relevant stakeholders.

Oloyede, however, said the Board discovered that some out the 3,811 candidates that registered late had actually registered before and did second registration thinking that the Board had closed and would not cross-check.

He said that anyone that the name is found in the first registration would not be given the second chance, saying it was interesting that many of the candidates involved in the double registration scored over 220 in the first attempt.

The JAMB registrar, disclosed that so far, within 24 hours of each day of examination, the Board has released a total 1,669, 001 results of candidates, leaving about 80, 889 results to be released.

He disclosed that out of this 80, 889, the Board has deliberately withheld 76,923 for further investigation because of alleged examination malpractices in their examination centres.

He explained that some candidates out of the 80,889 candidates had issues including non-verification of their biometric. He said some of them in this category would be allowed to take fresh examination along with those who registered late for the UTME.

He disclosed that out of the 1.7 million that registered for the examination initially, 640 candidates could not do biometric verification, adding that from investigation, some fraudsters did offline registration for some candidates. Source: Tribune Nigeria.