The University of Lagos (UNILAG) has issued an important notice on the planned protest by the students of the school. This notice was released by the Student Affairs Division of the University and addressed to students planning the protest.

Information reaching Student Affairs, University of Lagos, has it that the planned protest on Monday, March 6, 2017, to be led by SAVE UNILAG COALITION & REINSTATE UNILAG 11 NOW, could degenerate to violence. 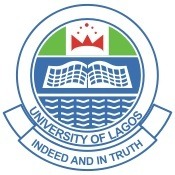 Table of Contents show
1 Important Notice to UNILAG Students on Planned Protest
1.1 You should also read...

Students of University of Lagos are therefore advised to avoid participating in the protest or moving around protest scenes for safety and security reasons.

Students are to avoid activities that will forestall the attainment of their academic objectives or extend the allotted number of years for their degree programmes.

For safety and security reasons, students are urged to avoid potential flashpoints in Lagos.