The National Open University of Nigeria, NOUN new matriculation date coming up in 2020 has been announced. All newly-admitted students of the University should take note. Parents/guardians of students and the general public are also notified of this development. 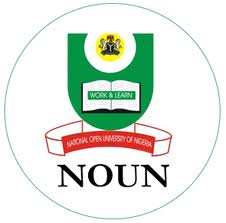 The management of National Open University of Nigeria (NOUN) has concluded arrangements to conduct online matriculation ceremony for its new students on Saturday, June 13, 2020.

A press release signed by the NOUN director of media and publicity, Mr. Ibrahim Sheme, stated that the development was due to the ongoing lockdown of the Nigerian education system because of the global Covid-19 pandemic.

Sheme explained that during the event, the Vice-Chancellor, Professor Abdalla Uba Adamu, would deliver his address, followed by administering of oath of the 19th matriculation on the students by the Registrar, Mr. Felix Idoka, both from remote locations without the students being physically present.

The statement added that the virtual event would be beamed live through the Zoom application.

It therefore advised the students to download the Zoom application to enable themselves participate from home or any other location, adding that the application password would be communicated to them soon.

Meanwhile, the university has withdrawn its earlier announcement that students could collect academic gowns from their various study centres for the matriculation ceremony, saying it was issued in error.

A statement from the registrar’s office noted that it would be quite impossible to conduct an exercise of that nature physically due to the lockdown.

It revealed that the centre directors have been told not to open any study centre or allow a gathering of students “until the ban on all tertiary institutions is lifted” by the federal government.