The Senate yesterday passed for second reading, the Bill seeking to end the dichotomy between holders of Higher National Diploma (HND) and Bachelors Degree in the labour market by both public and private employers.

The passage of this Bill for second reading has therefore raised fresh hope for an end to the ongoing discrimination against holders of Higher National Diploma (HND) in the labour market, which they have variously protested against.

While debating the Bill, which was sponsored by Ayo Akinyelure, the senators also called for the merging of polytechnics with universities so that they can be degree awarding institutions as a way of ending the discrimination.

The bill was subsequently referred to the Committee on Education for further legislative work and should be resubmitted to the Senate plenary in four weeks.

Leading debate on the Bill, the sponsor, Akinyelure, stated that the aftermath of continuing injustices, disparity and discrimination meted on products of polytechnics in Nigeria is threatening to derail the nation’s core policy thrust of evolving a technological and scientifically based self sufficient and self – reliant society.

The senator urged the Senate to intervene in the interest of industrial harmony and development.

He noted that there was sufficient evident that thousands of potential polytechnic and technology students were contemplating while some had decided to opt for university education because of the perceived and real discrimination against HND graduates in preference for university degree holders.

According to him, if those involved are allowed to opt out of polytechnic education, there will be a vacuum in the labour market.

Akinyelure said several entreaties were made to the Federal Civil Service to stop the glaring wage disparity and discrimination against HND holders.

The entreaties, he regretted, were to no avail.

“And, as if to make matters worse, certain Federal corporations are known to openly discriminate against HND holders to the extent of limiting their progress within the hierarchy of such government bodies,” he added.

Akinyelure stressed that a government employment policy that places degree holders above HND holders without recourse to skill and ability of the HND holders does more harm than good.

Many senators contributed to the debate for and against the bill. But Senate President David Mark said the issue was difficult to legislate on.

Mark said: “I think it is more of attitude than what we can legislate on. For whatever it is worth, it is an interesting bill.

“I believe that if it goes to public hearing, we will get many people who will be interested to give their views on whether or not the bill should be passed. But judging from the debate here (Senate), our attempt to equate HND to a degree is not likely to work. What will come out of it is to find a way forward, which is where the problem is at the moment.

“But to spend four years, you have a lower entry point; you have to go and do two extra years to get a degree. Then, you suddenly say I don’t need the two extra years. Just equate me, then I move along.

“I think that is going to be a very difficult thing. Nobody, who has done a degree, went back to the polytechnic to do an HND. You can’t fault that logic.”

The bill was referred to the Senate Committee on Education for further legislative work. 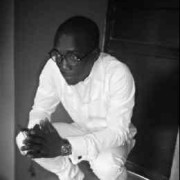