Bayero University, Kano has issued a statement, debunking a fake letter currently in circulation on social media announcing an increment in registration fees.

He said the university management was yet to decide on any school fee increase as opposed to the social media post being circulated by “unscrupulous elements”.

“Students, parents and other stakeholders should note that Bayero University has not yet decided on any school fee increase as against the social media post being circulated by some unscrupulous elements,” the statement said.

Members of the public are to disregard the information as it is fake and malicious. 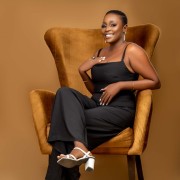