The proceedings happened on Monday as the Special Adviser to the Lagos State Governor on Education, Mr Tokunbo Wahab, disclosed that His Excellency, Governor Sanwo Olu has authenticated the selection of a Professor of Health Education, and current substantive Provost, Adeniran Ogunsanya College of Education, Prof. Bidemi Lafiaji-Okunneye, as the acting Vice-Chancellor of LASUED, Ijanikin and Epe Campuses while a Doctorate holder in Microbiology and current Rector, Lagos State Polytechnic, Ikorodu, Dr Nurudeen Olaleye, as the acting VC LASUST, Ikorodu.

The statement said Okuneye, would get assisted  by an associate professor and current provost  of Michael Otedola College of Primary  Education now University of Education, Epe,  Nosiru Onibon as acting deputy VC.

Table of Contents show
1 More Details About It
1.1 You should also read...

More Details About It

This is such great news for Nigeria and Africa. The emergence of new universities means that students have a wider and better choice.

The Governor kindly hopes that they do a good job. He hopes that both VCs ensure these institutions become remarkable and significant. 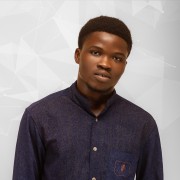 Odukoya Adeniyi is a Nigerian Poet and Essayist. He is the author of the poetry chapbook, Preserve This Light, published by PoetsInNigeria.