The management of the First Bank Plc has rendered a financial donation of N3 million to the University of Ilorin as part of the bank’s support to the institution’s 30th convocation ceremonies.

Similarly, the bank also presented the Vice Chancellor, Professor AbdulGaniyu Ambali with a Flex Banner also known as Roll-on designed to congratulate the Vice Chancellor on his recent conferment with the national honour of the Officer of the Order of the Niger (OON) by President Goodluck Jonathan.

Speaking during the presentation of the cheque at the Vice Chancellor’s office last week Monday, the leader of the bank team, Mr. Babatunde Salami, said the gesture was part of the his bank’s contribution to the University, sources report.

Mr. Salami, who said the gesture, has become an annual tradition of First Bank to support the University of Ilorin, also sought for more patronage between the two institutions

Responding, the Vice Chancellor thanked the management of the First Bank Plc for the demonstration of love and pledged that the money would be judiciously used for the purpose it was meant for.

Also speaking, the Chairman, Ceremonials Committee, Prof. Job Atte, appreciated the bank for extending its hands of fellowship to the University and promised that the fund would be used judiciously. 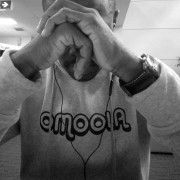