Federal Government has given universities, polytechnics and other institutions the go-ahead to start conducting Post-UTME screening again after previously scrapping it. The tertiary institutions can resume Post-UTME as a pre-condition to gaining admission into public institutions.

The Federal Government has lifted the ban on the conduct of examinations usually organised by universities for admission seekers after the Unified Tertiary Matriculation Examinations (UTME). 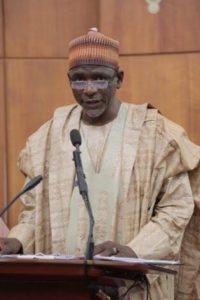 This was revealed in Abuja by the Minister of Education, Adamu Adamu, saying that Universities, Polytechnics and other institutions were free to organise post-UTME screening as a pre-condition to gaining admission into public institutions.

He explained that the Federal Government scrapped the controversial examination in order to fully understand what was going on in the institutions.

The minister added that the government was now wiser regarding the conduct of the examination.

Adamu however urged the institutions to make the fees affordable.

“We are going to allow universities to have some choice. Universities can now decide to organise post-UTME, if they want,” he said.

“We have asked them not to impose huge financial burden on the parents. The burden should not be more than what they can bear.”